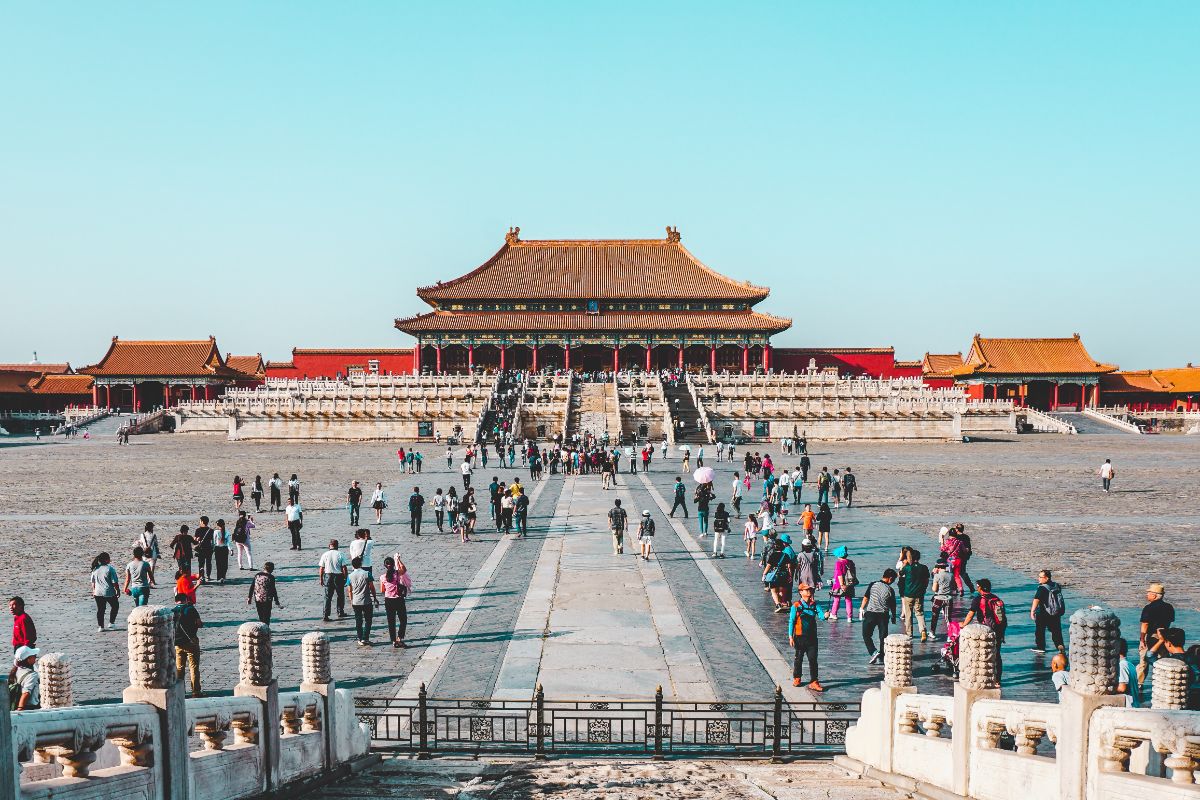 Why you should learn Chinese

I often hear Chinese is a hard language. But is it really? Why should you learn it?

Metadata
title
Why you should learn Chinese
description
I often hear Chinese is a hard language. But is it really? Why should you learn it?
date
2020-11-17
image
./forbidden-city.jpg
categories
chineselanguage learning

Usually when I tell people that I speak Chinese, their reaction is to tell me how hard the language seems to be. My response usually consists of an explanation as to why I don’t think it is as hard as most people are led to believe. Sure there are hard parts, but every language has hard parts. I then go on to tell them about why Chinese is an amazing language to learn, and in what ways it is actually easier to learn than other languages. I’ve had this conversation enough times that I thought I would write down the easy and hard parts about the language, and some of the reasons China and the language are so interesting.

This has to be one of the first things that really encouraged me about Chinese. In many other languages, depending on the context in which you use a verb, it must be conjugated. But in Chinese, conjugations aren’t a thing. A verb, no matter how it is used, is spoken and written the same way every time.

Take for example the first verb you learn in Chinese, 是 (shì - to be).

In Chinese, no matter the gender of the individual, if the noun is plural, or if you are referring to something in the past, the verb is always pronounced and written the same way.

Chinese has only one very basic foundational sentence structure, commonly abbreviated to STPVO. Subject Time Place Verb Object. In almost all circumstances, every sentence in the Chinese language is based on this basic pattern. Coming from English this can be difficult to grasp and internalize into your speaking habits. We are very used to having multiple ways of saying a sentence, each with their own grammar to sound correct. But once fully embraced, this simple sentence structure becomes a powerful foundation to build off of. You aren’t required to learn the right way to put a sentence together based on the context, and you can focus more on vocabulary and grammar than how you must form the sentence.

The people, the places, and the history

So many people speak it

Chinese is spoken by a staggering number of people. China has the largest population in the world at an estimated 1.4 billion people. And while this does not necessarily correlate to 1.4 billion people speaking Mandarin Chinese (because of the different dialects), it’s close, at 917 million. Outside of mainland China, there are 2 additional countries where Mandarin Chinese is a primary language, Taiwan, and Singapore. America also boasts a large number of Chinese speakers. In fact, if you were to exclude English and Spanish, Chinese is the next most commonly spoken language in 7 states.

We get a lot of tourists here in the states from overseas. As the standard of living has risen in China, and the middle class has become wealthier, more and more of these tourists are visiting from China.

Once while visiting Niagra Falls with my wife, we found ourselves among a large group of Chinese tourists equally amazed by the magnitude of the falls as we were. The family next to us at the railing was trying to capture the moment in front of the falls, but couldn’t figure out how to get the picture taker in the shot. I heard the dilemma and offered to take the picture for them. Their immediate reaction was that of shock, an American spoke their language, but they were very happy someone was there who understood their struggle and could offer help.

Once, in the middle of nowhere between Utah and Idaho, I was stopped at a gas station. Outside was parked a large tour bus with large Chinese characters on the windows, a bus full of Chinese tourists. I went inside and overheard a man trying to ask the attendant something in broken English. I stepped up and offered to help translate.

If you are an English speaker, (which I’m assuming you are if you are reading this), then you can already communicate with about 2 billion people in the world. If you could speak Mandarin Chinese, you would be able to communicate with an additional 1 billion people. This brings your grand total to around 3 billion people or about 38% of the world’s population. This number is incredible to me. No matter where you go, you can find Chinese speakers and utilize your language skills.

The culture is fascinating

I was first introduced to Chinese culture as a boy. My father spent months at a time in mainland China, overseeing the construction of large clean rooms. On his return trips, he would bring with him gifts for my siblings and me, and books about the language and the culture. I was always fascinated by the pictures in the books and the unique artwork. As I got older and watched more movies, shows, and documentaries revolving around China and its history, I was mesmerized by the unique red curved roof architectures, the soothing string instrumental music, and their image of martial arts. I was hooked.

China has one of the oldest cultures in the history of the world, with a written history dating back over 3000 years to the Shang Dynasty, and a writing system dating back even further. Their leaders constructed a 13,171 mile-long wall around their borders to protect them from foreigners seeking conquest. And have experienced revolutionary movements from within several times. They have a long list of interesting individuals, beginning anciently with the philosophical leader Confucious, up to the billionaire entrepreneur Jack Ma. There is no shortage of individuals or historical events to learn about.

Chinese is a tonal language. This means that the same sound, said with different inflections, will have a different meaning. In English, we would use inflection to give more meaning and context to a conversation, in Chinese you use it to change the words you are saying. There are 5 tones in all, one neutral tone, and 4 other tones. Given one sound, we can use these different tones to speak a different word.

Remembering the tones for words is a common difficulty I have observed among most Chinese learners, and seems to be one of the hardest parts of learning Chinese.

Reading will have to come later

Chinese characters are one of the more interesting, and beautiful aspects of the language. Each character, represented by lines and shapes, provides a literal representation of the spoken language. Characters have been in use for millennia. A single character is often made up of other more basic characters, embedding composed meaning with each one.

But characters are not phonetic and require memorization. If you had never seen the character 好 (hǎo - good) before, there is no way to derive how to pronounce it from the character alone. This is why we have things like Pinyin, the romanized representation, to tell us how to pronounce the characters. As a result, spending time to memorize all the characters necessary to fluently read Chinese is a large undertaking and often hinders your progress early in the process of learning to speak and understand the language. Most Chinese language programs will forgo teaching many characters until later in the process when you can associate the learned characters with words you already know.

There are many other reasons in addition to these that I didn’t mention. Ultimately you will want to choose a language that is useful to you in your circumstances. These aspects of the language and culture will hopefully help dispel the fear that Chinese is too hard to learn. Every language takes time to learn, Chinese is no exception, but the upsides to learning the language are huge.