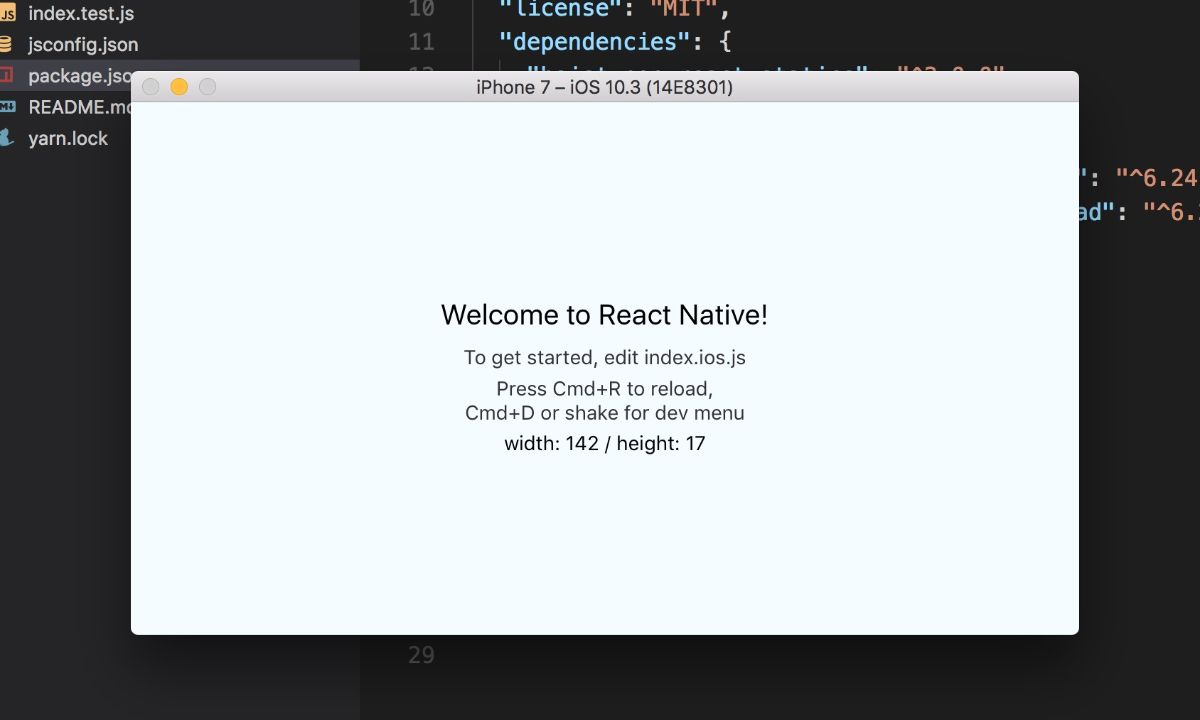 How to get the dimensions of a view in React Native

A common pattern in React Native is changing the layout/sizes of views based on the size of its parent view. We can use React Native's implementation of flexbox to get us 90% of the way there. But there are just some layouts that flexbox just has a hard time with. In the app I am building at work, there are two common instances where this is the case. When an absolutely positioned view needs to adjust its size and/or position based on its parent, as well as grid views where each item in the grid has flexible width and height based on the size of the parent.

There are two ways to get the size of a rendered component in React Native. One is a passive method while the other is an active method. The active method is to use react refs and a method called measure. This method as it turns out doesn't work well for these two problems as we would need to know every time the view changes and ask for the dimensions again. Unfortunately, we may not know when the view changes and so React Native gives us a different way to passively obtain the view size which is onLayout.

onLayout is a pretty simple method. It is called anytime the React Native runtime performs a layout of your component. It is an event handler that you pass in as a prop to any React Native built in componenent that originates from a View. Your method will get called with an event object which will look like event.nativeEvent.layout.width/height/x/y The x and y values are relative to the top left corner of the screen. Lets say we are creating an avatar component:

Using onLayout if we wanted to know the rendered size of our component we would provide the onLayout prop to the View component.

I’ve had to do this enough times that I decided to make a component that makes doing this a little less cumbersome.

Some readers (Kurt and Michael thanks!) pointed out an error I had in one of my examples and on top of that the react-native-on-layout component is no longer a HOC but a render prop component now so I thought I would give this post an update.