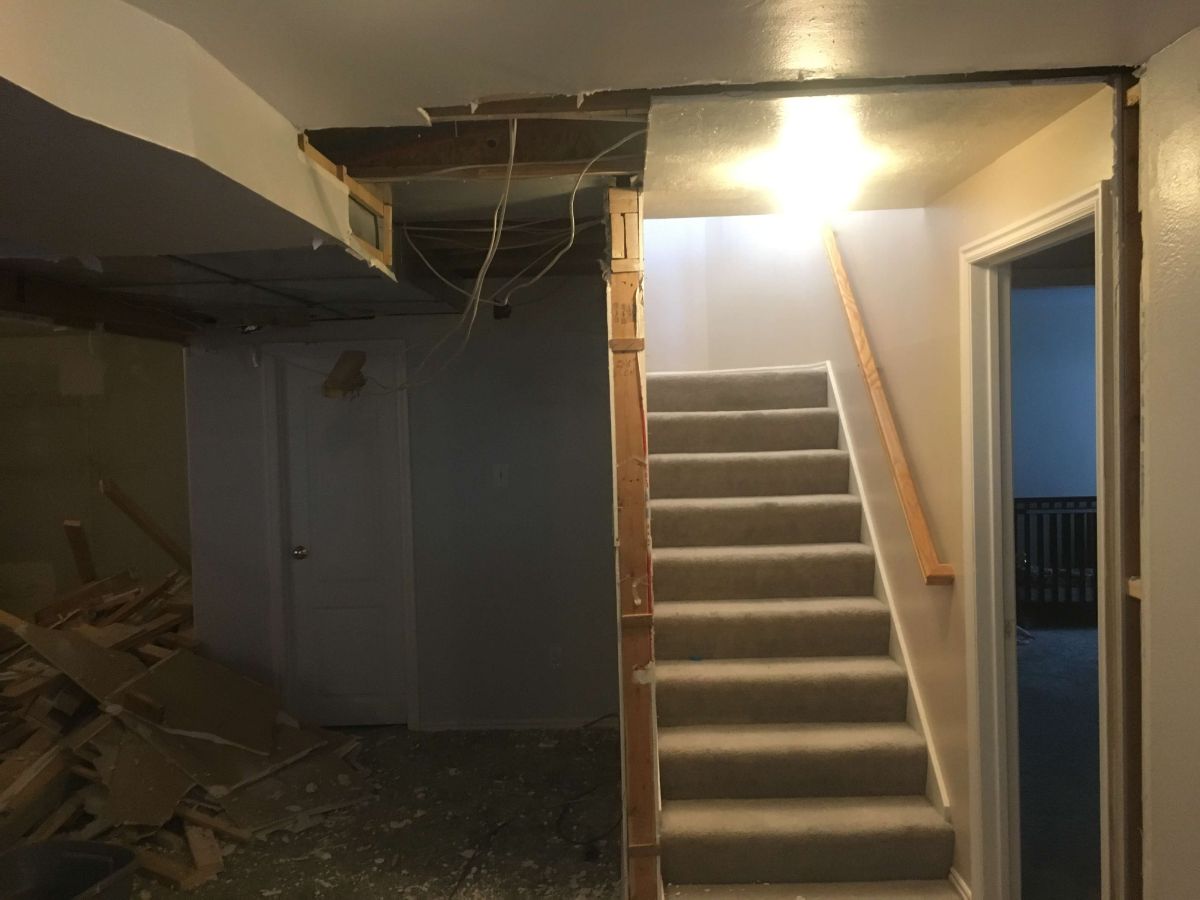 Next in the basement was the family room

The next room we wanted to tackle was the family room. Along with the usual poor texture, there was also a closet that was built very poorly, with 2x4s exposed on the outside of the drywall, as well as several areas where the ceiling was dropped to accommodate ductwork, lights, and pipes. We wanted to try and get rid of these weird dropped ceiling areas and find a way to cover whatever was dropping below the ceiling with some other feature that didn't look weird.

So with the help of my dad, the first thing to go was the weird closet.

The closet did provide us with some nice storage space and so we wanted to make sure that we somehow captured that storage space in some other way. We decided on replacing it with a built-in desk that would go in the corner. One of the dropped ceiling areas is in this corner as well as you can see from the cutout on the left side of the picture in the ceiling. We decided that the desk could extend against that wall and hide the pipes that were extending below the floor joists here.

The next thing to go was this dropped ceiling originally intended to make room for a light.

On the left side of the picture, you can see some ductwork below the floor joists. Originally there was a light underneath that ductwork that dropped the ceiling there another 3-4 inches. That ceiling then extended all the way to the wall that is shared with the stairs. All that space to the right of the ducts was just covered up and empty. There were also several wires that went below the floor joists that had to be undone and put through the joists. We moved the light and will install two recessed lights in the newly opened up area between the wall and the ductwork, and then install two bookshelves on the wall underneath the recessed lighting.

The last thing to go was a weird wall with two doors on it that led into the family room.