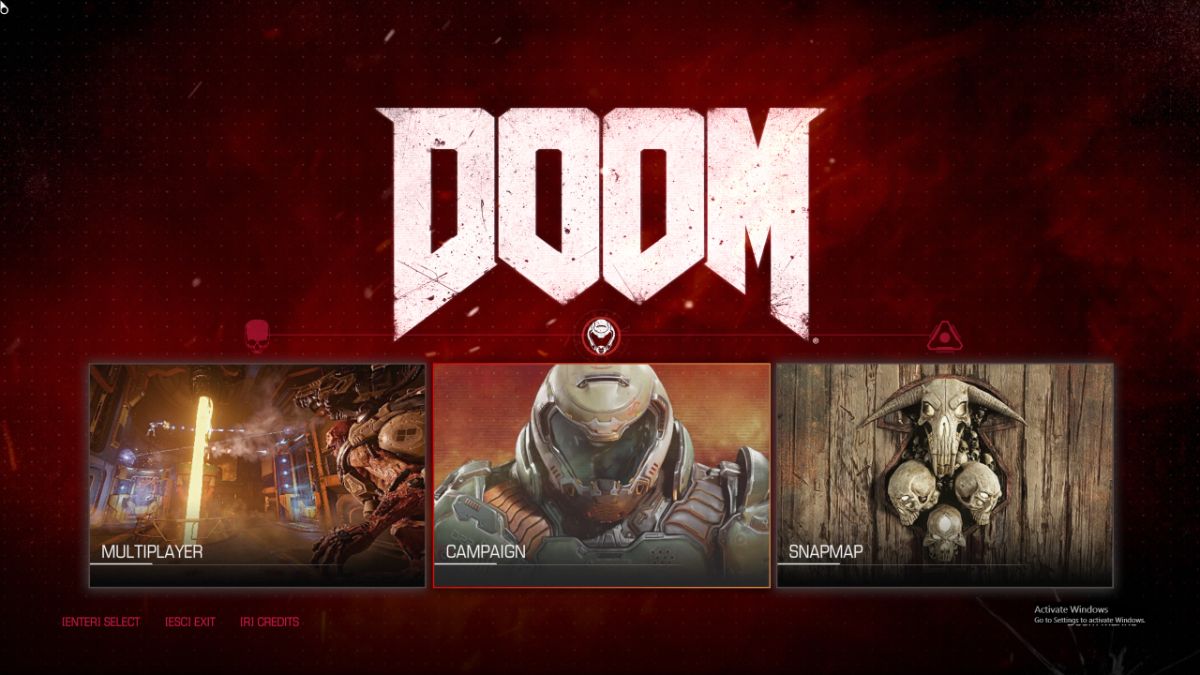 I must admit, besides this installment, the only other DOOM game I have played was the one released for the original XBOX. Despite that, I found this latest DOOM to far exceed my expectations.

I have primarily been gaming on my PC lately, and when the game first started, I was already impressed. My PC has an i7-6700k with a GTX-1080 GPU. I run a DELL 1440p 144hz monitor. As I do with most games, the first thing I do when opening a game is to change the graphics settings to ultra with no fps limit. In most other games I have played recently, I am able to maintain around 80-100 fps. When I got started in DOOM I was maintaining a constant 120-130fps. The thing that makes that so incredible is that in DOOM, your character is essentially sprinting full speed everywhere he goes. There is no such thing as moving slow. This means that the graphics card is forced to constantly re-render things as they come in and out of the viewport. But despite that, this game looked and ran fantastically.

While the story wasn't anything to get too excited over, it was still engaging enough that when a mission ended, I wondered what the next leg of the journey would bring. And the story was surprisingly long. There were a few moments where I thought, "Well the game must be ending after this mission". But to my surprise, it just continued on.

Most missions are a composition of many smaller arenas, where most of the fighting happens. Connecting these arenas are various paths, hallways, skywalks, and bridges. After playing through a mission, it started to become obvious when you were about to drop into one of these arenas because the map would suddenly get much larger, there was a stockpile of ammo and armor, or you would literally have to jump off a cliff to continue. While most of the fighting happened in these arenas, there were plenty of moments running through hallways, turning the corner, and be confronted with a large demon to get you to jump.

All in all the game was a lot of fun and was a great way to relieve some stress going into the little battles and feeling practically invincible. I would recommend it to anyone looking for a good fps that you don't have to dump months of your life into.